This is Lucille. She is Clover’s American Girl Doll. Lucille goes everywhere with Clover. 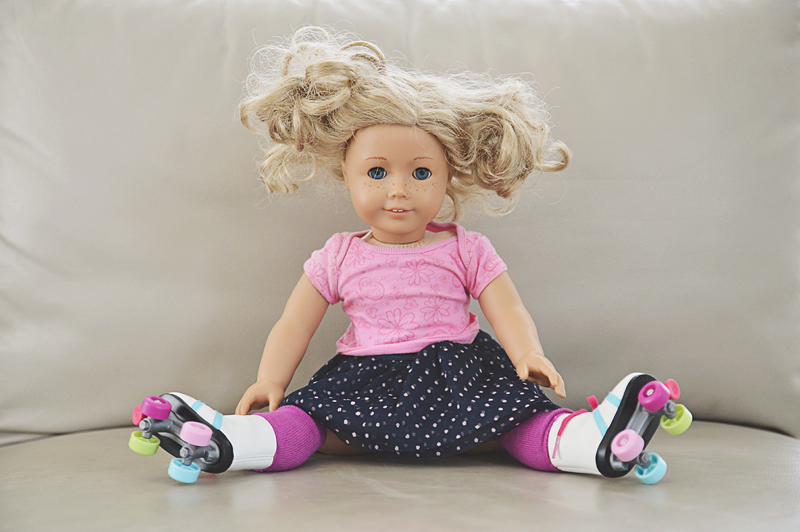 Clover is a doll lover and the ones she has, she plays with…hard. They all end up having hair that looks similar to or more often worse than Lucille’s hair. A big fat tangled mess of plastic fibers. If we try to brush it out, the only thing we accomplish is either breaking the brush or making a bigger knot. Usually both at the same time! I thought getting a doll with short hair would minimize the issue with tangles, but that is not the case. 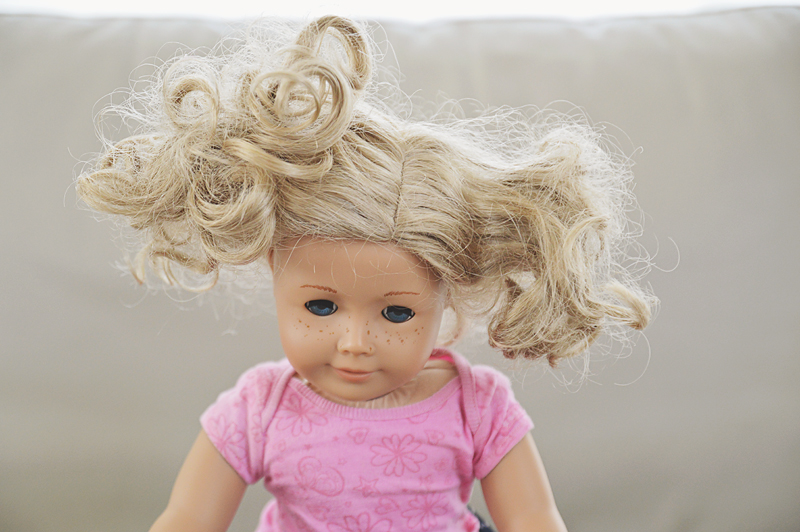 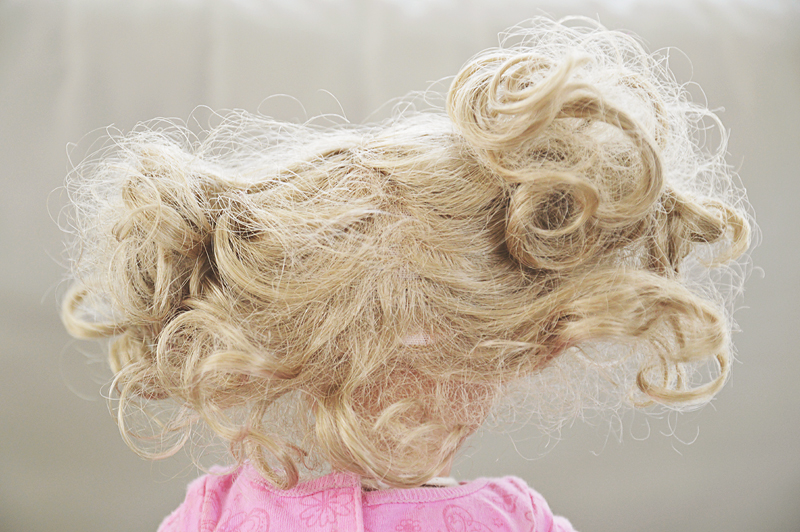 Lucille has not had her hair brushed since she joined our family in August, but it was looking pretty desperate. Finally, after some trial and error, we have a solution with our own home made doll detangler spray! I had seen one on Pinterest, but found that I needed to alter things a bit, so I decided to share the  final results with you.

I bought an empty 600ml spray bottle for $1.00 in the gardening section of the dollar store. These bottles are bigger and less expensive than the ones in the beauty product section. I filled the bottle up to the 550ml mark with regular tap water (most recommend using distilled water, but I am doing this for a kid, not a collector, so tap it was.) Next, I added about 50ml of premixed liquid fabric softener to the spray bottle (just enough to fill it up to the top.) After putting the lid back on, I shook it to mix it all up. We put Lucille down and made sure to cover her face and body with a towel before spraying her hair with the mixture until saturated. Section by section, I carefully combed out the knots with a wire doll hair brush that we had from The American Girl Store. Only five minutes later and Lucille looked so much better.

Clover was not interested in waiting for her hair to dry, so I squeezed the rest of the water out with the towel. I wasn’t happy with the little bit of frizz remaining, so I reformulated the detangler with a splash more fabric softener and two drops of Argan oil. The revamped formula is much better. If you don’t have Argan oil, I bet baby oil or similar would work just as well to add back a bit of the silkiness. Lucille looks even better now, but she is much too busy playing with Clover to stop for any more photos.

I think we will tackle the Barbies next weekend. There are a lot of hair disasters in that box.

« Who loves Pi? Your chance to (easily) win tickets to the advanced screening of the movie, Life of Pi!10 on 10 for December :: the one where Kieran uses his words. »