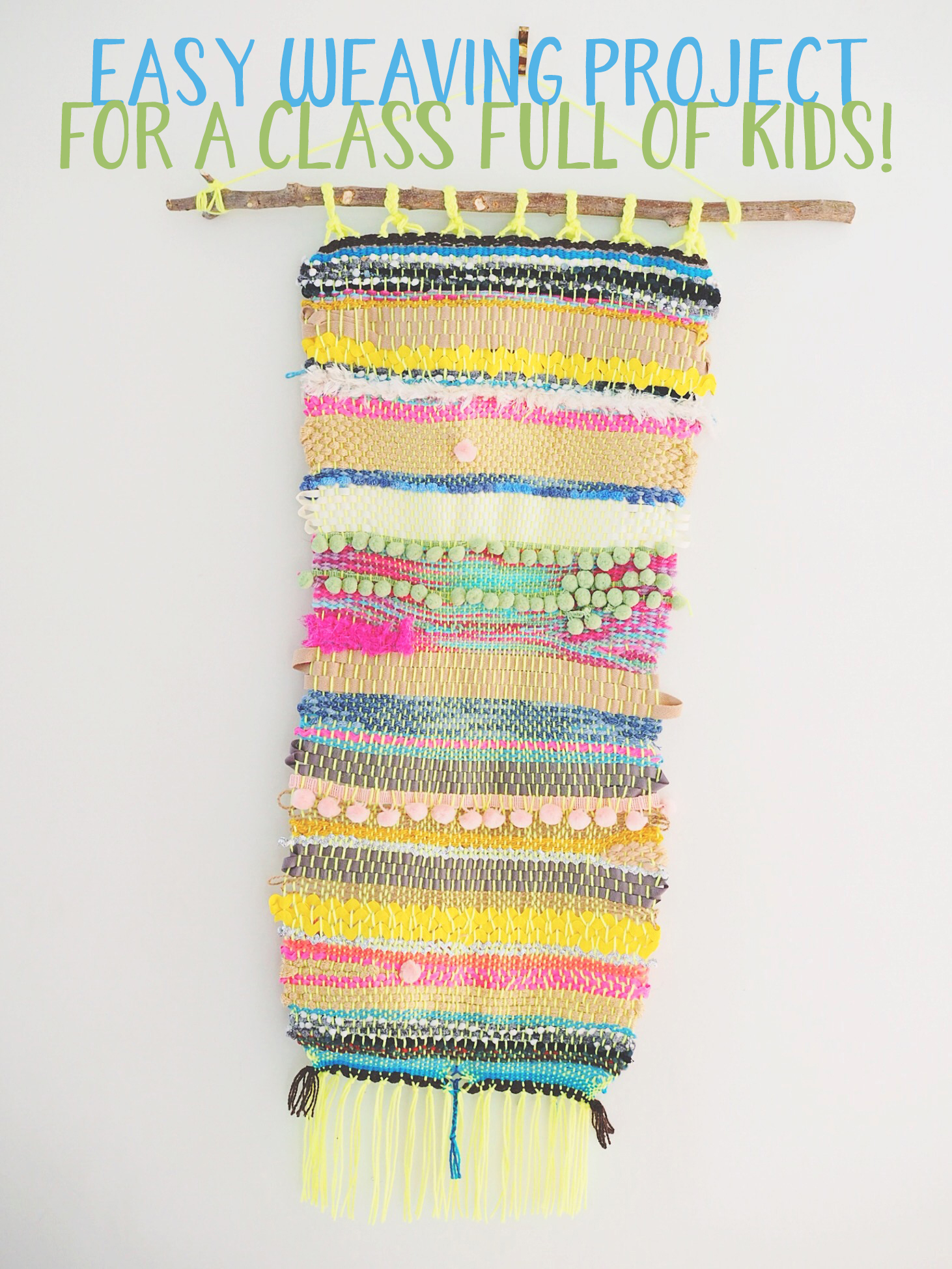 Every year, my kids’ primary school has an art auction. Each class from Prep through Year Two does a whole class collaborative piece. It gives the kids a chance to work on something together and then to sell that creation to raise money for the school. It is a great lesson in fundraising and co-working, but it is also depends completely on parent volunteers to happen. Last year, I was not the class parent rep for either of the twins meaning I was able to bow out of any responsibility as the event fell right on the time I would be in the states speaking at a conference. Now, I love the idea of doing art projects at school and relish working with the kids, but it takes a lot of time. Time I use to work as a freelance photographer and blogger. This year the call went out and as I am the class rep for one of the twins, I had to find someone to take on the role. I knew I would be out of town most of the weekends that the project was running, so my weekdays were going to be packed with work. Despite being out of the country when the planning meetings happened and first begging my class list for someone to run it followed later by desperate pleas for at least a partner to run it with me, I had no takers. I am not telling you this for sympathy or praise, I actually just want to share the cool idea I settled on and how easy it is to pull off with random little blocks of minimal time, lots of kids and no mess! You can even do it with a pretty low budget. I know there are others in the same boat as I was.

In the end, we have a gorgeous and quirky piece of collaborative artwork that really is a metaphor for the class themselves. A mix of many different colours, sizes and textures of yarn woven together with patience and love and just a few mistakes for added interest all hanging from a strong olive branch. If that doesn’t say, “We” then I don’t know what does.

What you will need:

In addition to some tape, scissors and a lot of patience…

Branch – I have an abundance of olive trees, so I am going to just take a branch from the front yard. Bonus, the olive branch has extra meaning imbued.

Thick Card Board – We are FLUSH with cardboard boxes as they take up so much room in the recycling bin that they have piled up in the garage. I picked the sturdiest I had and cut it up into a few different sized rectangles. I used the largest one so that the piece could be made with many rows of yarn done by a class of 25 kids!

Yarn – This is where you can go wild with texture and colours. I hit up my local Spotlight store for the biggest range as I had none on hand at home, but you can ask your class to bring in a ball each. The benefit of sourcing it all yourself is that you can have some control over the colour flow and ensure that you get a variety of sizes for visual interest. With the many different kids in mind, I went for a wide selection of types and let the kids pick the ones that spoke to them. 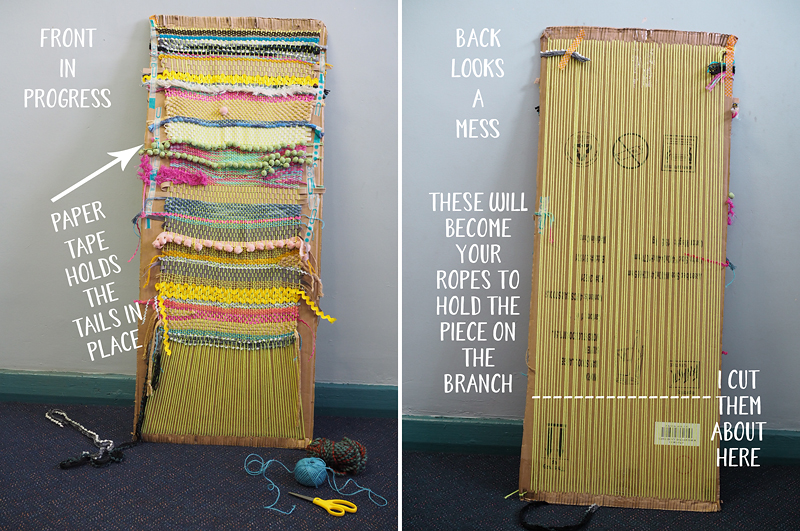 First you will need to make the loom.

Take one of the cardboard rectangles and mark a horizontal line at least 5 centimetres in from each edge of two opposite ends. Draw the line running parallel to the edges. Next, mark off 1/2 centimetre sections along the edge and cut those perpendicular from the cardboard’s edge to the horizontal line you just drew. Do the same on the opposite end and these will establish your loom anchors for the warp threads.

Next, make the base warp threads of the loom. Start by choosing a your base colour of yarn in a small weight. Tie one end to the first section of the loom edge and then drag the yarn down and through then first gap at the other edge wrapping the yarn back up to the top and through the first gap there. Continue wrapping the warp thread like this until every gap has yarn run through it. Tie the yarn off at the last loom edge.

To make it easy for the kids, I started and ended the weaving myself with tight and precise weaving with thin yarn.

Basically it is just Over and Under the warp threads with their chosen (weft) yarn leaving tails of their yarn at either end of their turn. These tails of yarn will be secured into the back of the final weaving at the very end so that it does not unravel. I temporarily secured them with paper tape along the side of the loom. 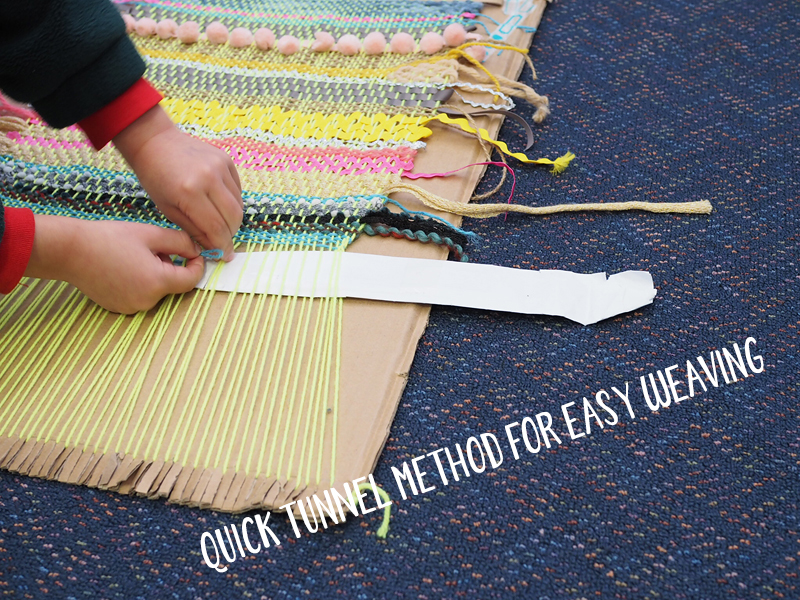 Now here is my tip. If you are doing a large piece and/or working with younger kids, this will actually take a LONG time. I worked out that it was about 45-60 minutes per 2 kids making this about a 12-15 hour long project in total. (That includes the time I spent sawing the dang olive branch off the tree and finishing the many little tails of yarn into the back.) To speed it up, I decided after a few sets of kids to make a “tunnel” tool so that they did not have to actually go “over/under” each thread. It was a complete hack job, but just took two pieces of paper taped together lengthwise and then rolled a bit to create small sides. I lifted every other warp thread and slid the paper through and the kids just had to tunnel their yarn through keeping the paper as the floor and the yarn as the roof. Bigger kids probably would not have had to use this method nor would they need as much supervision but six and seven year olds found it much easier and quicker this way.

When we were all done, I finished the piece and cut it off the loom. Before cutting, I taped the warp threads down on the back just in case it started to unravel and cut leaving more length for the top. Paper tape comes off easily. The bottom warp yarn was split into three string sections and tied into simple tassels. The top warp yarn was split into sections of three strings as well and tied off, but then I braided three of those together to end up with a number of “ropes” at the top to secure to the branch. It was all just a sort of feel as you go process, so I am sure it can be done a number of ways. In the end, I thought it looked nice to have the thicker ropes to balance the large piece on the branch. I then just tied some yarn to the branch ends that matched the warp threads to become a hanger.

I will let you know how the auction goes (and if I am the winning bidder!) I hope this helps give others ideas for a different sort of auction piece that anyone would love to have brighten up their home!

« Celebrate Book Week with Disney Junior and this easy craft : The Cereal Box Book Binding MethodStaycation in the city. Day 1. »