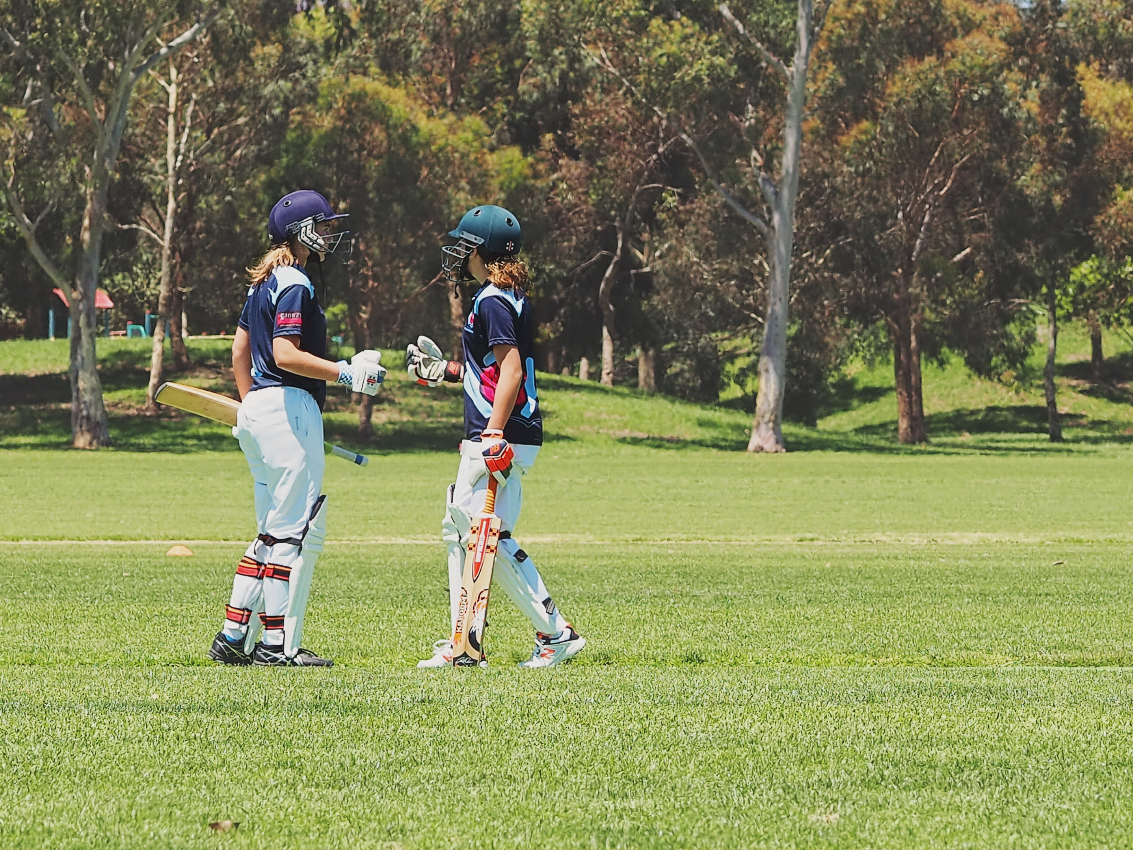 I have been thinking a lot about balls for the last day or so… cricket balls. See, the Australian men’s cricket team was caught tampering with the ball during a test match in South Africa and that is cheating. I have been wondering why. Not why it is considered cheating, I understand that roughing up the ball on one side will change the way it swings through the air on delivery, but why the men’s team have resorted to this poor decision. How do I explain it to my cricket mad daughter, that some of the players she admires have admitted to cheating in a game she reveres? A game she works hard to play well and play proudly. (That’s her with a teammate from the women’s team she played for this year…making the lower age cut off of thirteen literally by one day.)

This sort of poor play by the Australian men’s cricket team bothers me on a deeper level than a nasty tackle in football or exaggerated bump into another player in soccer because it was a premeditated choice on the part of multiple individuals instead of something done by one player in a split second during the heat of the moment. This was a decision they made (apparently over the lunch break) to cheat the system. A system that sometimes means you are not the winner.

I am not a fan of participation awards for kids. My children don’t value them either. That said, have we now come so far in the opposite direction that winning is the only value in playing a sport? I have always praised my children on their hard work and effort. Not just lauding them for showing up, but appreciating their ability to keep trying even in the face of defeat, analysing the situation and training harder or smarter for the next time. To me, only praising pure talent without acknowledging those who have to try is just as hollow as the trivial trophies for simply showing up.

One of the things I love most about cricket is the strategy that is involved. There is a lot of talent, strength and endurance needed, but it is the mental skill that impresses me the most. The calculation of tactics and placement of players in certain order is essential to the game. Yet even with the best planning and execution, great teams sometimes lose simply because the other team played better.

Winning must feel amazing for a team, but is it the only indicator of their value? Are the Australian men’s cricket team only worth our pride if they win every single time? If so, what is that telling our young cricketers?

Now while the men are all rebuilding their reputation in South Africa, the Australian women’s cricket team are playing brilliantly in India. I know which I prefer to watch. Go girls! I hope you win, but I know you will play with effort and integrity and my kids, both daughters and son, will have sporting role models in spades!

« Mumder From DownunderGratitude, Responsibility and the Tales of a Fourth Grade Something. »